Marking the opening of the 14th Cine Esquema Novo - Brazilian Audiovisual Art, a program of urban projections in four places in Porto Alegre takes place on Saturday, April 10, at 20h. The activity is curated by Tiatã - a poet, MC, and educator. Tiatã has selected performances by slammers Bia Machado, Bruno Negrão, Jamile, and Jovem Preto Rei, which will be screened in a artistic intervention by VJ Janaína Castoldi.

The exhibitions of the works will be carried out in such a way that the audience will be the people that come to be around the location, thus avoiding that the activity generates agglomeration. The projections will be transmitted through the social networks of the Festival, providing the audience the possibility to see the event from home.

Text from the curator: The selection process of the videos had the aim of talking to us beyond our senses, with our soul, and of letting poetry play its main role: making us think "out of the box". Some people say "no one is the same after a slam wheel" (poetry battles), and, through this, we have attempted to reproduce this feeling in an adapted way and take to the streets messages that relieve this moment and allow us reflections. Open your hearts! 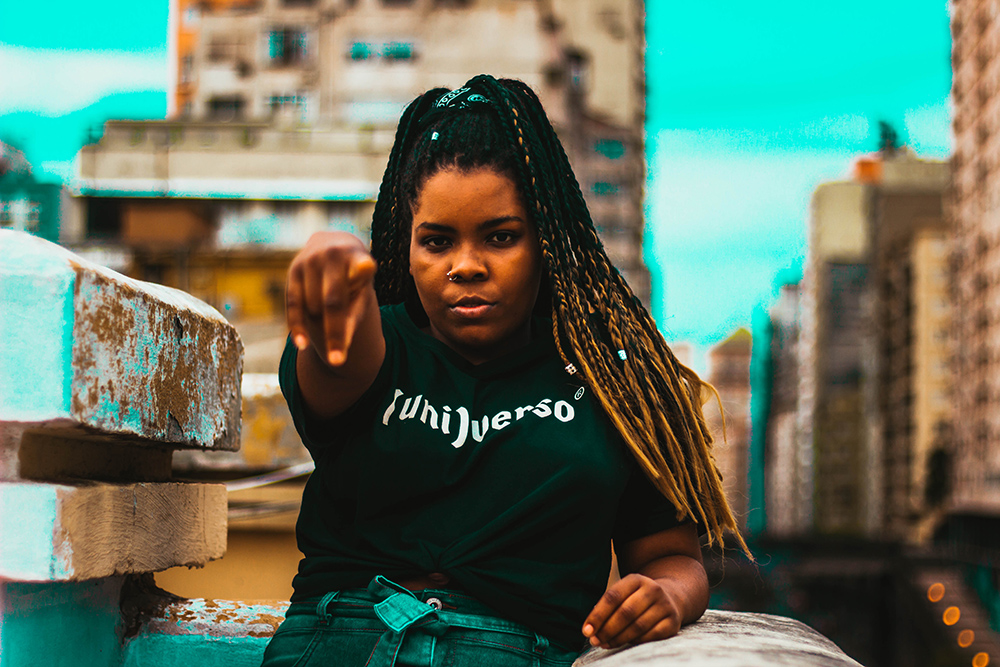 Tiatã was born in 1998 in Porto Alegre - RS. She is a poet, MC, and educator. She has been productive since the age of 11, when she found in writing an escape valve and later a means of helping the representativeness of the black and peripheral people from where she lived. She began competing in Slams at the beginning of 2018, and, in the same year, she qualified for the regionals of the state of RS. In 2019, she was the representative of the same state in the national singles tournament in São Paulo and was a finalist of the regional Slam in the state of Rio Grande do Sul in the same year, as well as in 2020. She is currently part of 4 Slam coordinations. In addition, she is an executive producer in an audiovisual agency, studies public relations, and is a member of the poetry collective (uni)verso, making interventions in the bars of Porto Alegre and neighboring towns. She also acts in schools and private events and has just entered the musical world as well. She is the current champion of the Slam RS.

Bia Machado is a 26-year-old writer, poet and actress. She used to be a member of the marginal poetry collective (uni)verso, and has been studying Theater at Teatraria3 since 2016. She has recently published her first short story, entitled "Cadê você no meu inverno?", via Amazon. She believes in art as a form of revolution.

Bruno Negrão is a writer, rapper, and an Internacional FC fan. He began his career in poetry in 2017, participating in “slams” - spoken poetry championships - and representing Rio Grande do Sul in national competitions. In the same year, he also published the first edition of the independent book E Se Jesus Fosse Preto? ("What If Jesus were black?"), with more than 2 thousand copies produced and sold from hand to hand by the author. In addition, he is one of the creators and organizers of Slam da Tinga, and often presents lectures and teaches workshops in classrooms and events. 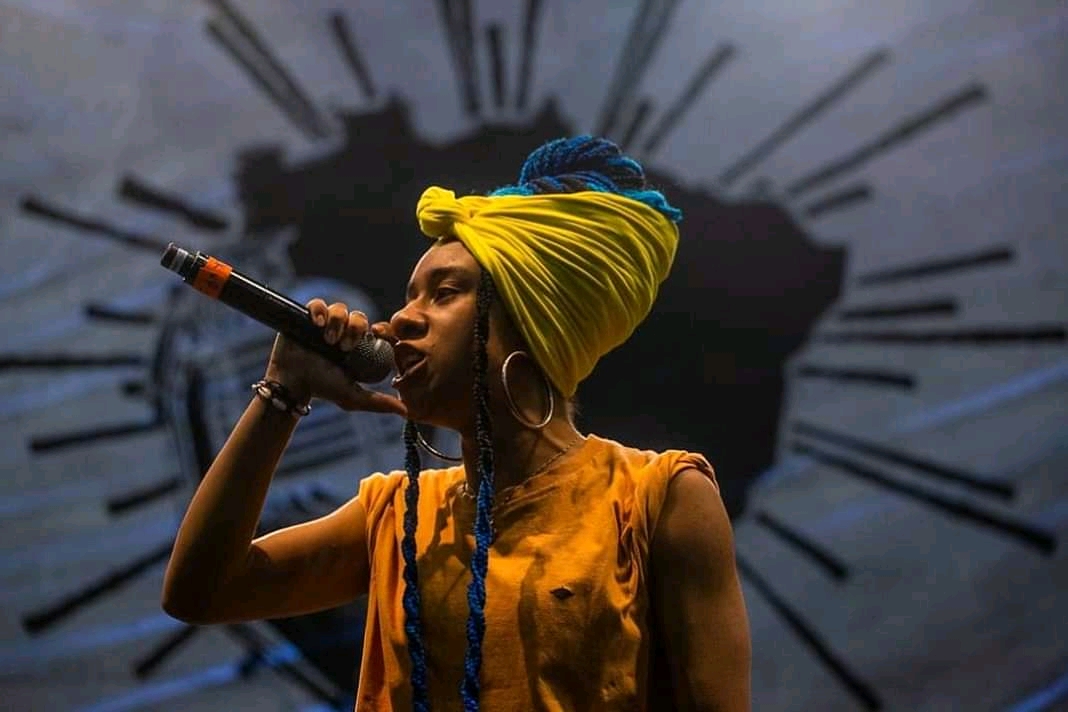 Jamille Santos began participating in Slam at the age of 16, in April 2018, in Praça do Trem (Caxias do Sul, RS), in Slam Poetiza, organized by Slamaster Guilherme Santos, winning the first place. Champion of the regional final of Poetiza, she then moved on to represent the city and the Slam in the state competition of spoken poetry at the Conexões Literárias Festival, in Porto Alegre, having reached the second place and won the spot to represent the state with the champion in the national competition of spoken poetry in São Paulo, Slam BR. There, she got to the semi-finals. In 2019, she was champion of the state, again going on the Nationals, this time being the first poet from the south to reach the finals. In addition to the competitions, Jamille also ministers literary interventions in the region in schools, universities, events, bars, and especially in the streets. 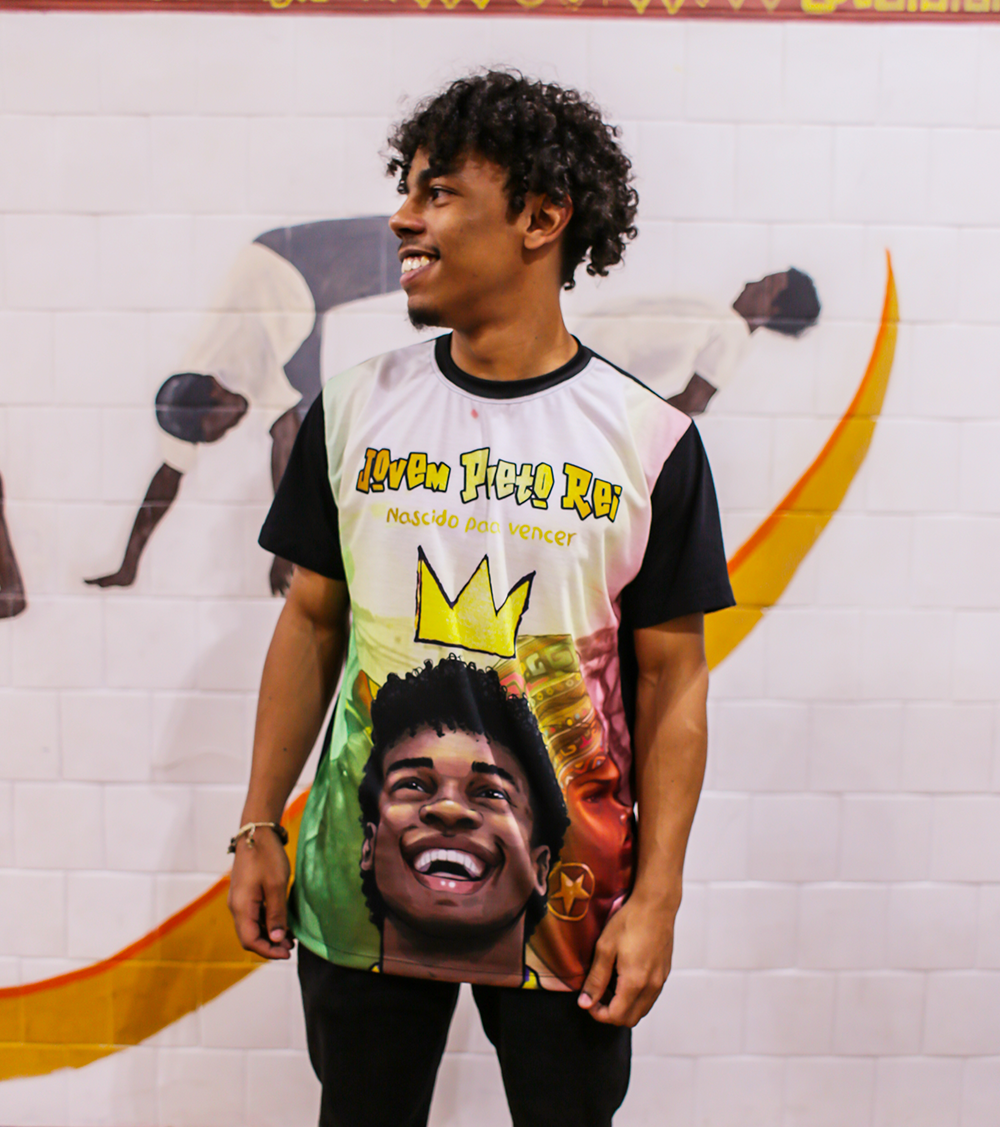 Jovem Preto Rei - Hercules Marques, born in 1998 and raised in the South Zone of the city of São Paulo, is a young black man, writer, poet and maintainer of the page where he publishes texts and videos about love, self-esteem and self-care for black people.