The Mostra Outros Esquemas session takes place for the second time in Cine Esquema Novo - Brazilian Audiovisual Art, this year in a non-competitive way. These are works that make our eyes glitter, that provoke and excite us. These are 12 films for which we had a lot of affection during the selection process, but which, mainly due to their narrative characteristics, differ from what we seek in the competitive show. And we want to share with the audience all these sensations and reflections caused by these films in the curatorial committee.

Dois homens ao mar / Two men at sea builds the relationship with the other unknown; Espero Que Esta te Encontre e Que Estejas Bem / I hope that this one finds you and that you are well makes a real investigation in search of True Love; Essa Terra é Nossa! / This Land Is Ours! recalls the basics that we should all know about the relationship of the original peoples with the country we have baptized Brazil; Eu, Um Outro / I, Another creates a powerful fiction from the everyday life of trans men; Glauber, claro / Glauber, of course relives the years of irreverence and the friends Glauber Rocha made in Italy; Homens Invisíveis / Invisible Men presents a never-seen-before theme about the situation of trans men in prisons; King Kong En Asunción presents an inner journey of acceptance of death; Mulher Oceano / Ocean Woman takes to Japan another inner journey in search of a meaning for life; O Que Pode Um Corpo? / What can a body? is a film about victories and the non-existence of the impossible; Pega-se Facção presents intimate looks on the working conditions of women in the countryside of Brazil; Seremos Ouvidas / We will be heard brings another unprecedented and blunt theme: the form with which deaf women denounce domestic violence; and finally, Zabé do Cariri makes a musical tour of deep respect to a traditional Pífano player (Pife).
Because of their cinematographic, political, social and narrative relevance, and also because of the current moment of Brazilian cinema, these works need to be screened, watched and reflected upon.

After leaving Brazil César meets Martin in an empty cafe in Tallinn, Estonia. In front of the two men, only the uncertain infinity of the sea.

In January 2011, a lot with 110 love letters was found at an Antiques Fair, all written by a resident of Campo Grande/MS for her fiancée in Rio de Janeiro. For 2 years, 1952-53, she reports on passion and distance. From this discovery, an investigation begins to locate this couple in love and discover the outcome of the novel. A story about love, time, and memory.

Luca is in search of an old love, Thalles wants to change his name, and Raul wishes to become a better man. They found themselves in their new bodies, but need to survive in the country that most kills transgender people in the world. Luca left his city 12 years ago. Upon returning, he decided to go after his first love. He did not expect that this reunion would collide with the biggest decision of his life. Thalles is a bank security guard. He hates his job and plans to change his life. Raul is a philosophy student and wants to be a teacher. The three have in common the urgency of living a life that has just begun. 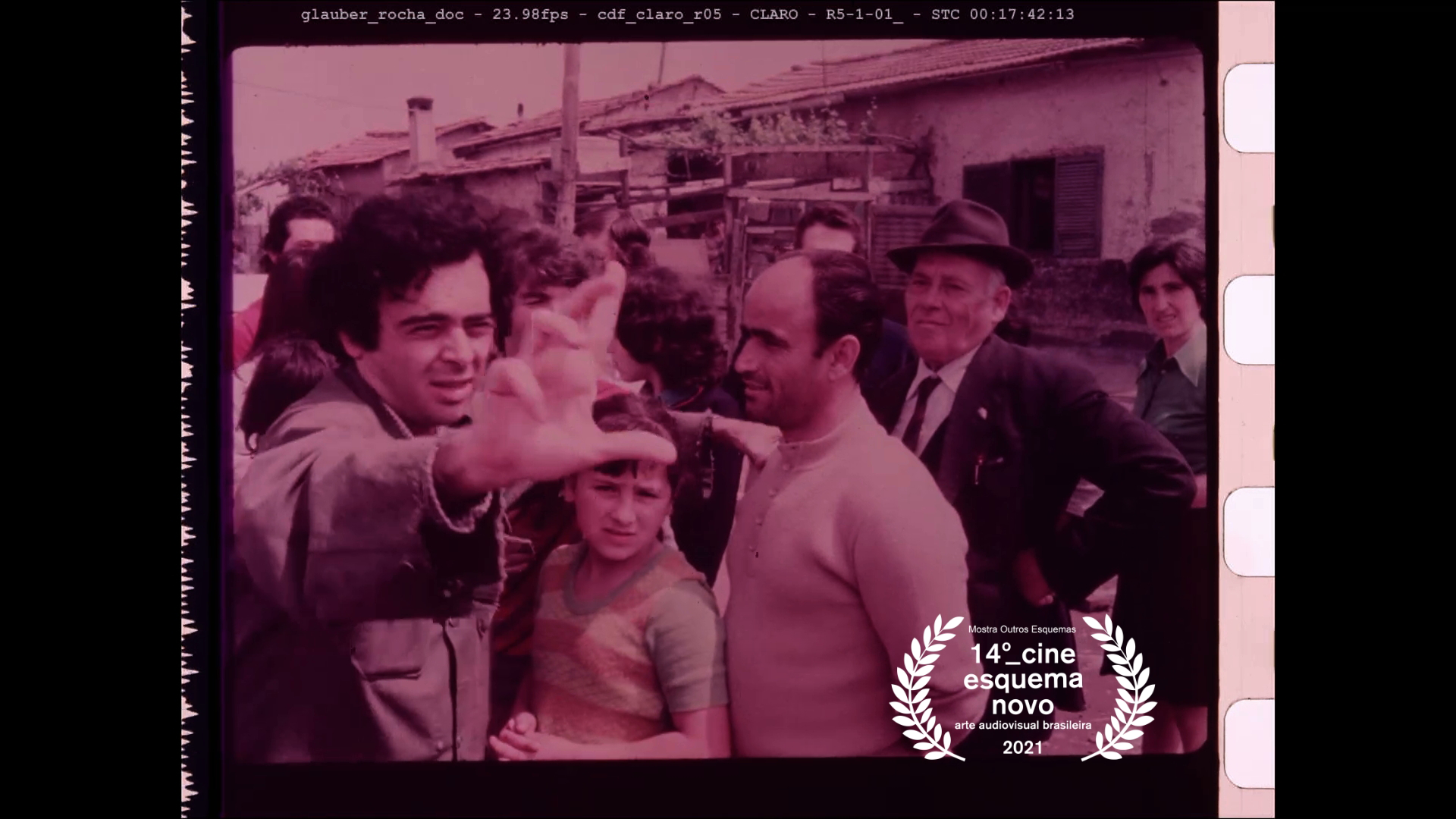 The Poetic portrait of Glauber ROCHA in his Italian experience and his Roman film CLARO (1975). The documentary reveals unpublished facts about the Italian director's years of exile and about his generation through the testimony of collaborators and friends, until the director's demonstration anger for the Venice Film Festival in 1980.

A look at the situation of the transmasculine population in prisons from the problems generated by ignorance, transphobia, prejudice, and discrimination.

An old killer for hire is hiding in the countryside of Bolivia. He has just committed his last murder. After months of isolation, he travels to the Paraguayan Chaco, where he receives a good reward, and goes to Asunción to meet his only daughter.

Having recently arrived in Tokyo, a Brazilian writer seeks to write her new book after being instigated by the last image she saw in Brazil: an open sea swimmer who seemed to transform into the ocean itself.

In the old days, the Whites did not exist and we lived hunting with our yãmĩyxop spirits. But the Whites came, cut down the woods, dried up the rivers, and startled the animals away. Today, our long trees are gone, the Whites have surrounded us, and our land is tiny. But our yãmĩyxop are very strong and taught us the stories and the songs of the old people who walked this earth.

A baby is born, but does not cry. A body screams and is not heard. Paints that drip in a promised future do not get to a disabled person. Victor makes himself the canvas in a universe of absent painters.

In a region where the drought lasts most of the year and family farming does not guarantee sustenance, mother and daughter see sewing in the rural area of Caruaru-PE as the only way out the outsourced home. But what is the price to be paid?

How to exist in a sexist and hearing structure? Gabriela, Celma and Klicia, three deaf women with different realities, share their fights and journeys in the deaf feminist movement. 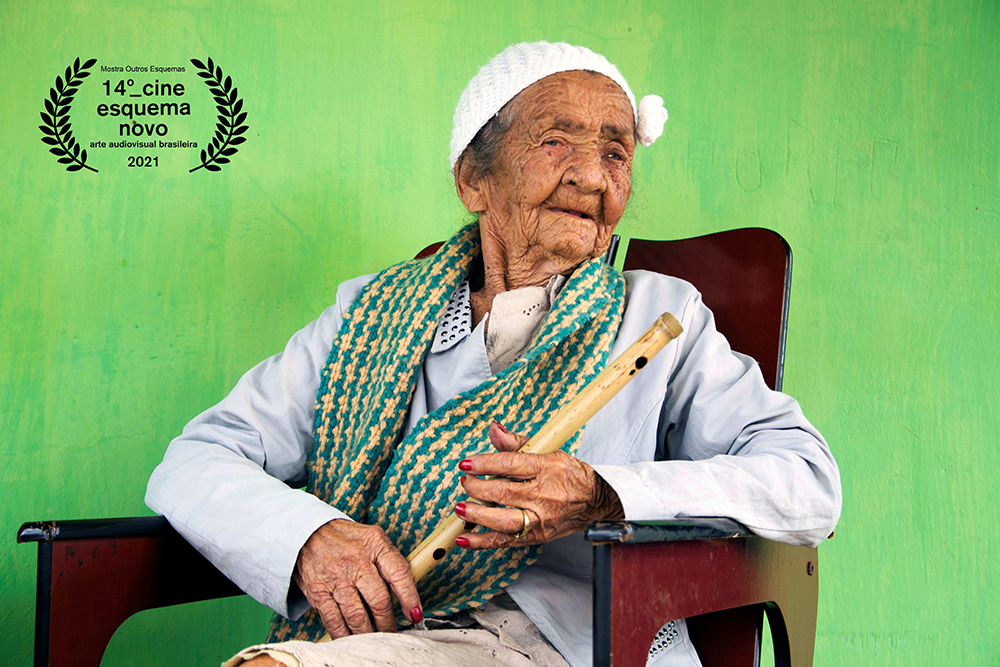 "Zabé Da Loca" receives Malta at his home in Monteiro, Paraíba. He tells how he learned the instrument that transformed his life in the male world of the pyfano. They dance together at a forró featuring all the bands of the region.