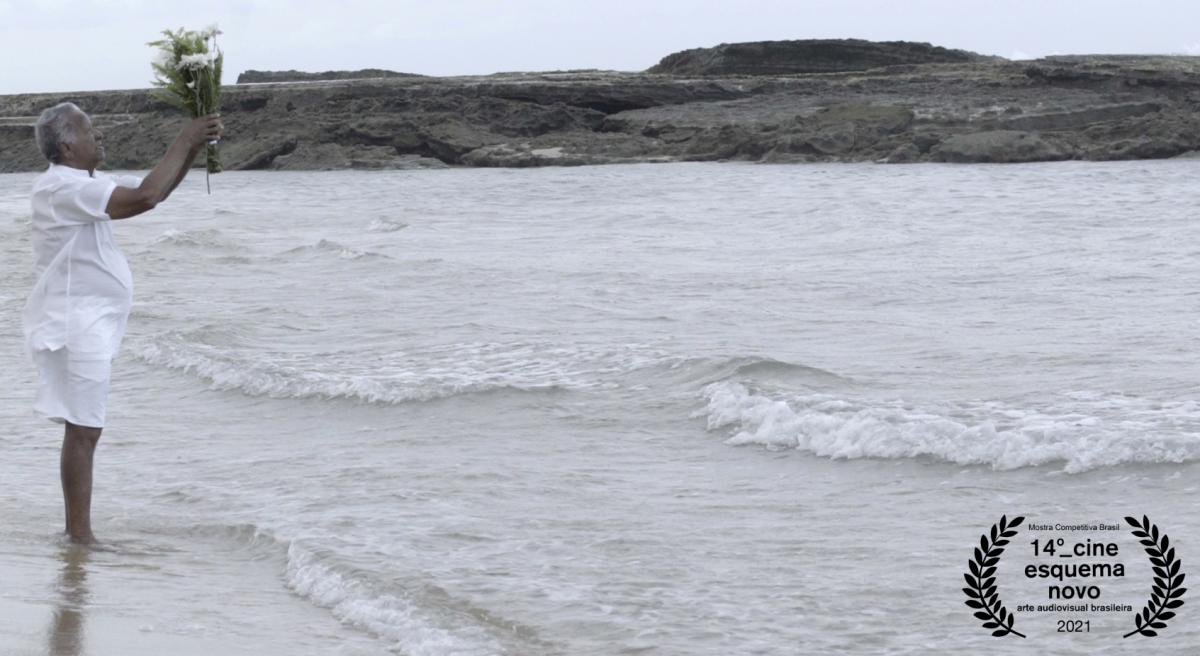 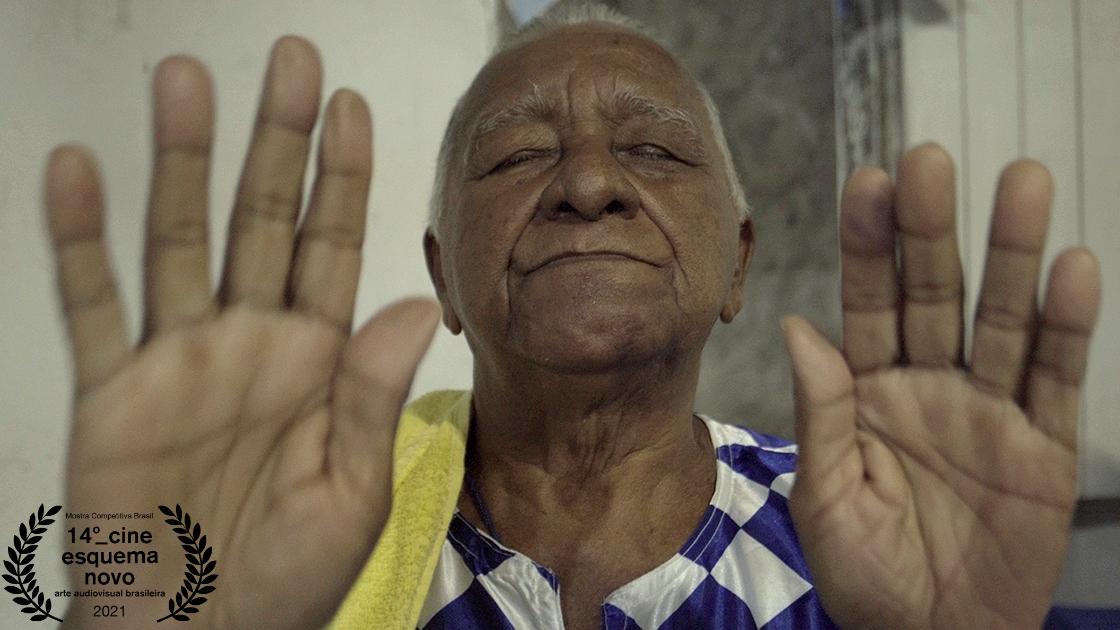 All of Luiz's relatives died without being able to see. The loss of sight occurred when he was just over fifty years old, due to an elevated eye pressure that generated permanent damage to the optic nerve, as diagnosed in a medical examination.

Currently 83 years old, Luiz has little contact with his biological family. This family distance contrasts with the good relationship he maintains with the members of the religious community he has been a part of since his youth when, at 18 years old, at the end of the '50s, he began attending Umbanda centers in the neighborhood of Rocas, in Natal.

Despite his advanced age and visual impairment, Luiz shows he's capable and autonomous in his home, in Mãe Luíza. He shaves, chooses the clothes he wants to wear and keeps life in order without complaining about any hardships.

The residence belongs to his spiritual brother, Luiz Obakossô, a pai-de-santo, who presides over religious activities in the terreiro that is also where he lives. Luiz tells us that he likes to sing aloud in religious ceremonies so that the orixás and enchanted entities hear his voice from afar. For him, the orixás are seen through the force of the bumbos (drums) that chant ancestral noises and rumbles.

ABOUT “URUBÁ”, text by Manoel Meirelles

About the movie title:

URUBÁ Reino da Jurema is a landmark of the influence of black culture within the Cult Of The Sacred Jurema.

In this place, we will find several mixed Quilombos of runaway blacks, Indians and whites... In the lands of this kingdom there are many Vodus and Preto Velhos, in addition to the predominance of blacks of efon origin (DJEDJE)

In the early 1960s, Pai Luiz Samson (Luiz De Xangô), who had come from Recife and brought with him the tradition of nagô from Pernambuco, founded the Ibô Silê Oba Okosso in Alto do Juruá (neighborhood of Petrópolis, Natal, RN). Babalorixá. Juremeiro. Carnavalesco. A citizen involved with his community in Juruá and Mãe Luiza. In 2019, the municipal chamber of Natal awarded Luiz the title of "Citizen of the City of Natal".

About the desire to make the film: The director Rodrigo Sena had been previously received by Baba Luiz De Xangô in his house OBAKOSSO to document his Ilê in a preceding series entitled Encantarias, in which he provokes the desire to approach the house and its frequenters. He established a friendship with Luiz de Yemanjá, also an habitué of the house, who instigates the research and will to document both characters that bear the same name: Luís.

About the Main Character: Our main character is Luiz Gonzaga De Melo, known as Luiz de Iemanjá, 83 years old, visually impaired since the age of 53. He lives in a Candomblé and Jurema temple (terreiro) located in the Morro de Mãe Luiza in Natal, RN. He does the singing in the cult. The oldest Juremeiro of the house and a childhood friend of Luiz Obakossô, he lives in this universe with the absence of vision and has developed the sensitivity of a medium.

JUSTIFICATION: Starting from the beginning of our Brazilian history with afro influences, we understand a visual and sound construction

JUSTIFICATION: Potentially visual reference  of how the narrative can handle the spiritual theme.

JUSTIFICATION: Potentially it is a visual reference of how to deal with an aphrodiasporic theme in the form of materializing an art object.

JUSTIFICATION: It is a relevant literary context on the journey of black people, and it brings artistic curves present in contemporary works in the visual and sound fields of thought.