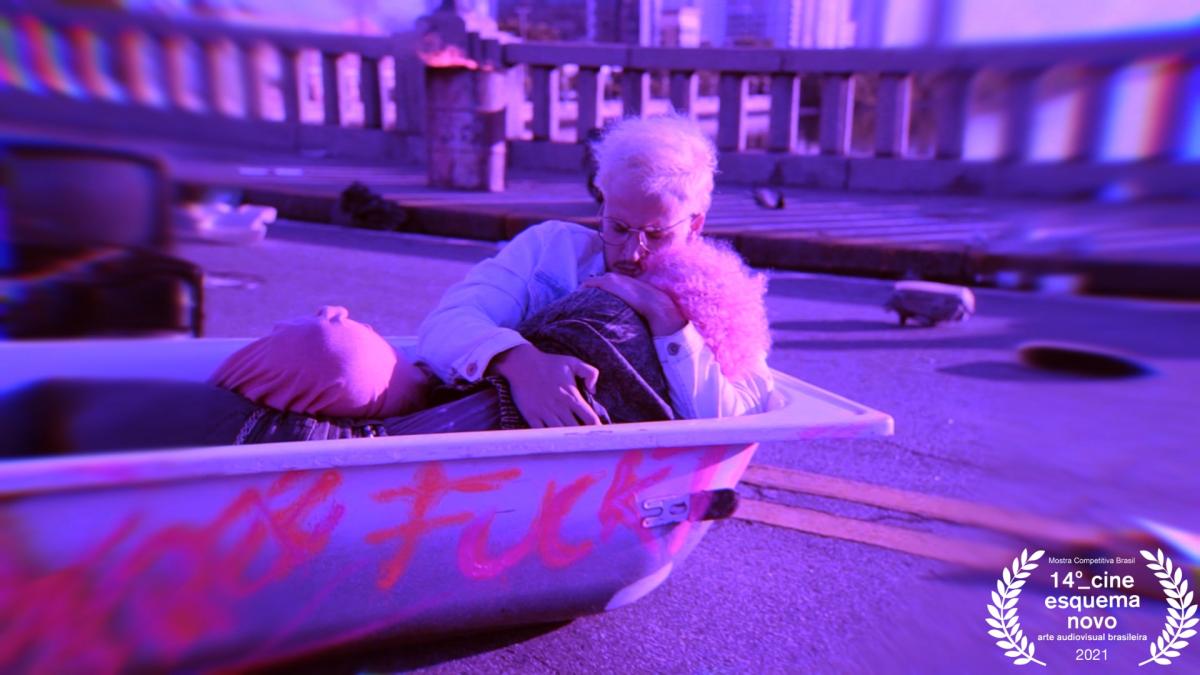 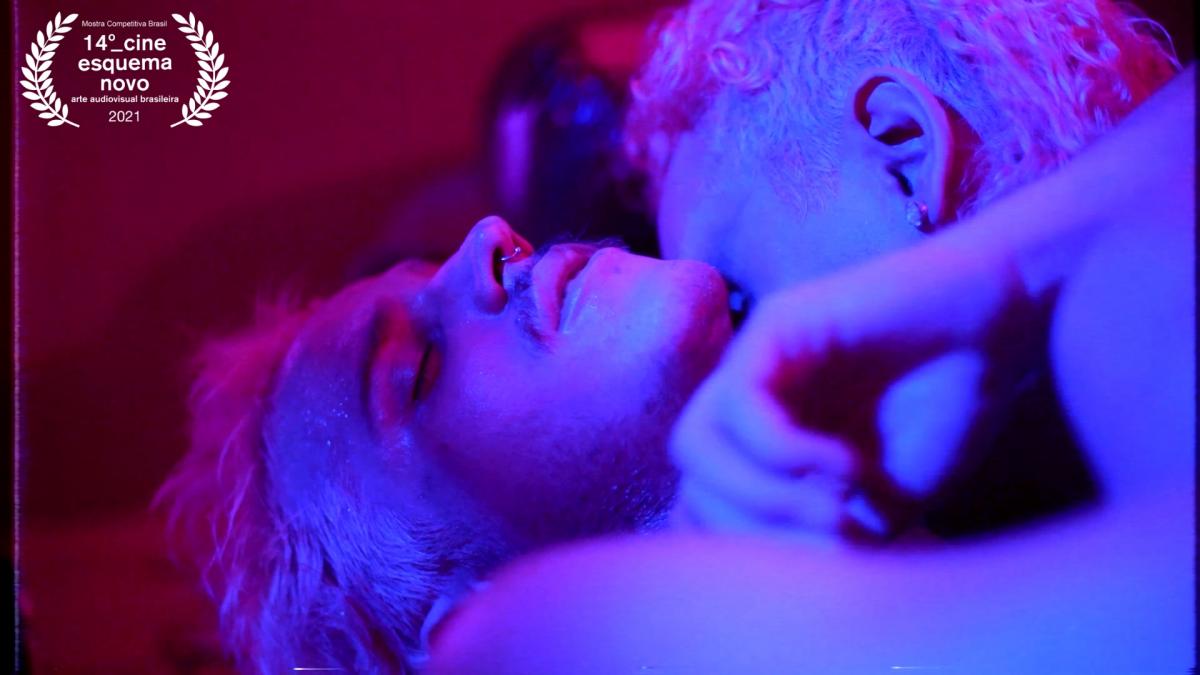 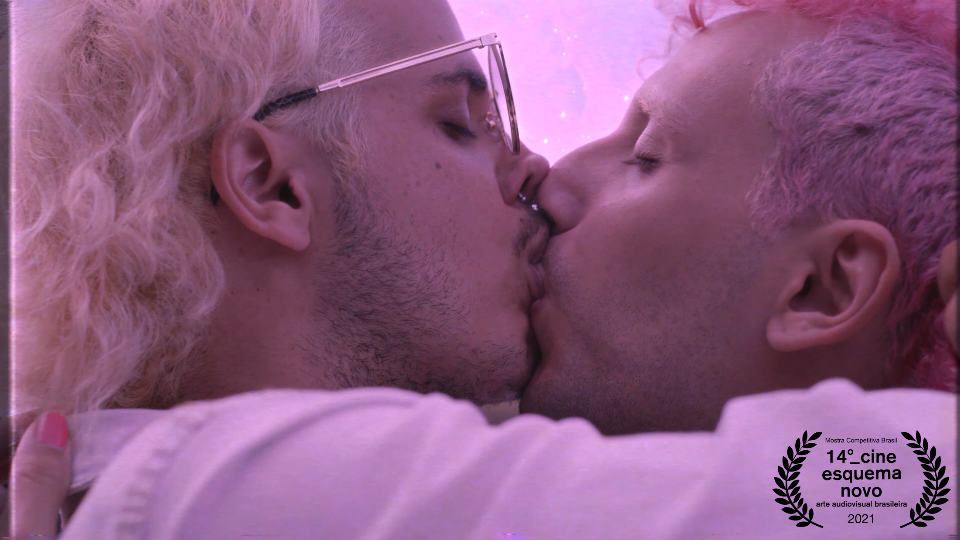 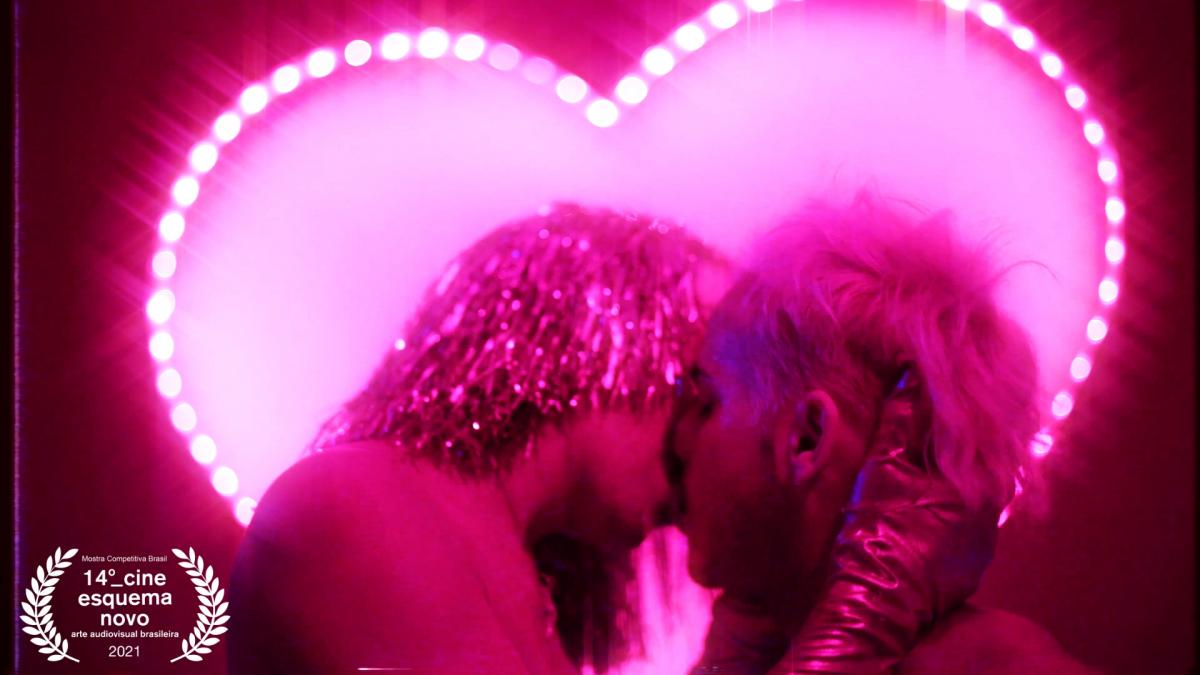 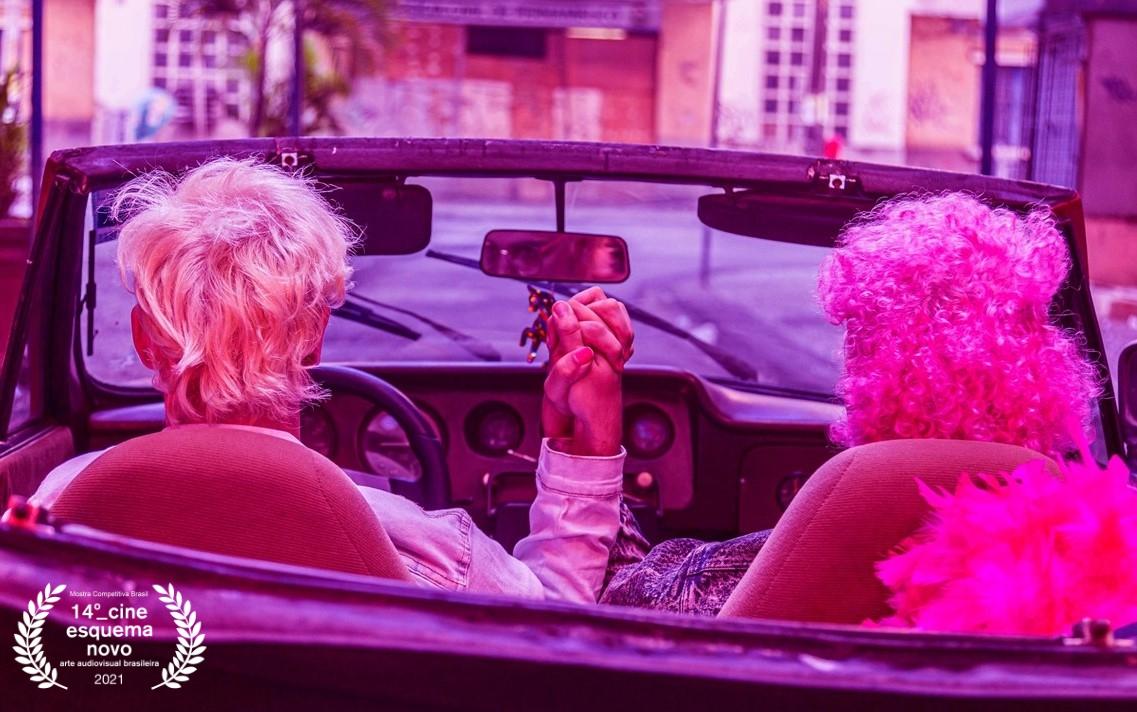 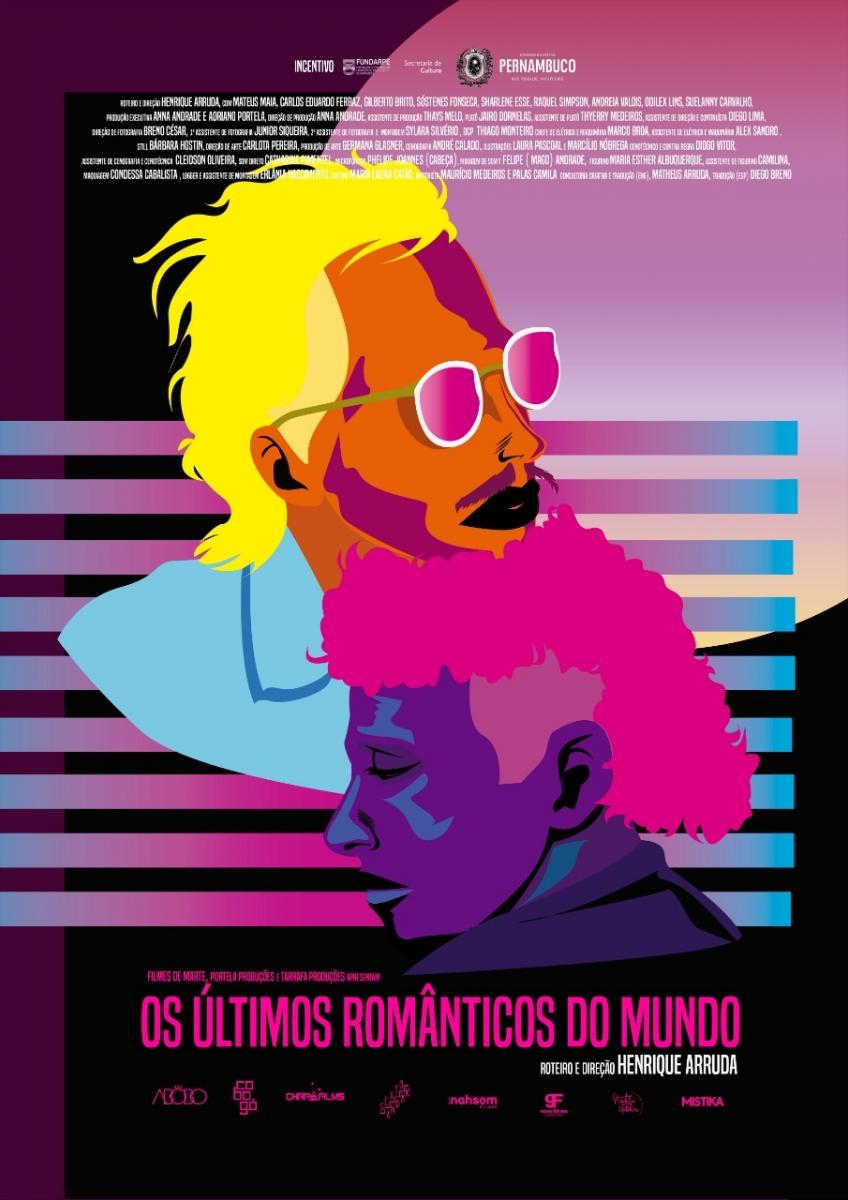 Instagram of visual artist "Laura Pascoal", responsible for creating Pedro's notebook in the film, and our special poster "AMEM-SE”

Pink has always meant a whirlwind of emotions to me. Ever since I was a child, I never understood very well how a color could carry so many restrictions and judgments that apparently are still far from reaching the end. Over time, this color became an armor, and as I became a teenager, it definitely turned into a place where I ran every time I felt in trouble, that I felt silenced by the effeminate voice, by the feminine references, by the tastes that passed away from those that were already determined for me from the moment I was born. A pink world, full of clichés, and nostalgic imaginaries where I know I will always live. Five years went by between coming and going to present this place to the world and thus be able to bring more people like me to inhabit this universe, into this cloud of love in its most clichéd form. Five years went by, from the first letters in a pink notebook, to the beginning of the circulation of the film. And the journey continues alongside Pedro, Miguel and so many others. 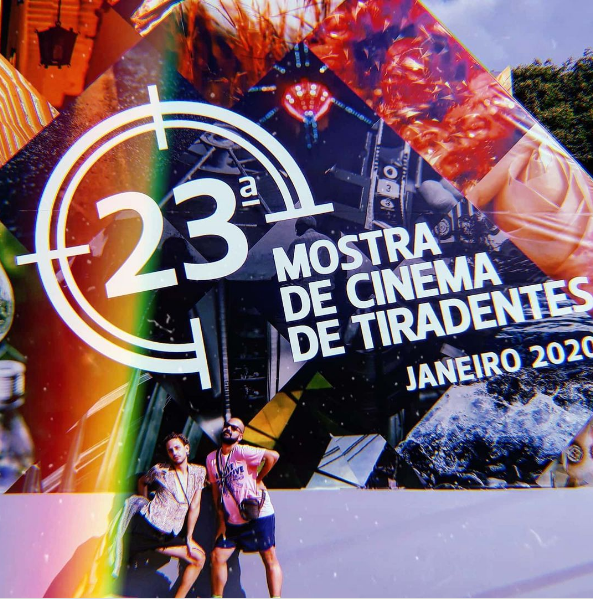 “Fan art” made during Mix Brasil 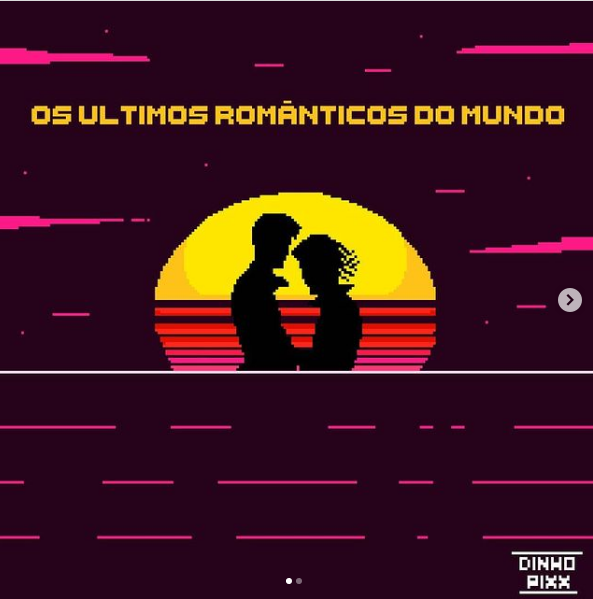 Song “Desvario”, inspired in the movie, by Luiz Amaro

Total Eclipse of The Heart, by Bonnie Tyler

Justification: Choosing a single Xuxa film to compose "Os Últimos Românticos do Mundo"'s list of references is a challenge, because absolutely all of them are part of my affective memory, and always of my cloud of references, but I'll highlight "Super Xuxa Contra o Baixo Astral" because I remember exactly what I felt every time I watched this film in the afternoon session: an immense desire to fight against everything that made me sad. In it, Xuxa teaches us how to paint a rainbow to defeat sadness, and in my film, Pedro and Miguel ask permission to use only the color pink to paint their road to the end of the world, bringing hope to the coming days, and making a single greater request for the entire next generation of the planet (which could even be said by the eternal queen herself): LOVE EACH OTHER!

Justification: In addition to being called Cindy Vina and Leila, Pedro and Miguel's mothers are also called Thelma and Louise, since the first time I watched this film I wanted very much to be in that car, and leave for freedom, leaving behind so many places of oppression, just like probably everyone else. I love the way the road is lighted in the film, and how the two relate to the car of that journey. I particularly love Susan Sarandon and everything with her in it is a reference for any human being, I do believe.

Justification: Blade Runner, also by Ridley Scott, was perhaps the first sci-fi film I have watched, a few years ago, and I was impressed enough to delve deeper into the genre. I believe the discovery was made back when I was still renting DVDs at a rental company near the Journalism campus, together with a great friend, and we formed a two-person "Movie Club". However, the more we shape the universe of our film, still in pre-production, the less of Scott's work was, in fact, in our budget / narrative reality, but still, I think it's in a very special place.

Sinopsis: I saw a boy crossing the street today.

Maick and I met at the beginning of our audiovisual journeys, going around with our first films and sharing so many dreams and thoughts about the world. Among them there was already "Looping", and Maick's extremely affectionate look at these moments that every fag lives every day, that of imagined loves. I saw this film come to life, develop itself, and be edited, just as it also accompanied at that time the circulation of my second film, and, consequently, the birth of the Românticos, about which I would tell him from our first meeting on. Seeing our narratives come to life together is one of the great motivations to continue to insist on this tortuous path that is to make films in Brazil. May we never lack the strength to fight!