In the company of Antonin Artaud and Robert Walser, an invitation to the abyss, familiar and unknown - unheimlich. The mystery of memory and love; the unexpected of strangeness; the one which returns once. Film poem about a Japanese experimental film (1926) and an American mainstream film (2010). A “mirror of my despair” (Charles Baudelaire). From the series “Notes for a self film biopic (in regress)”. 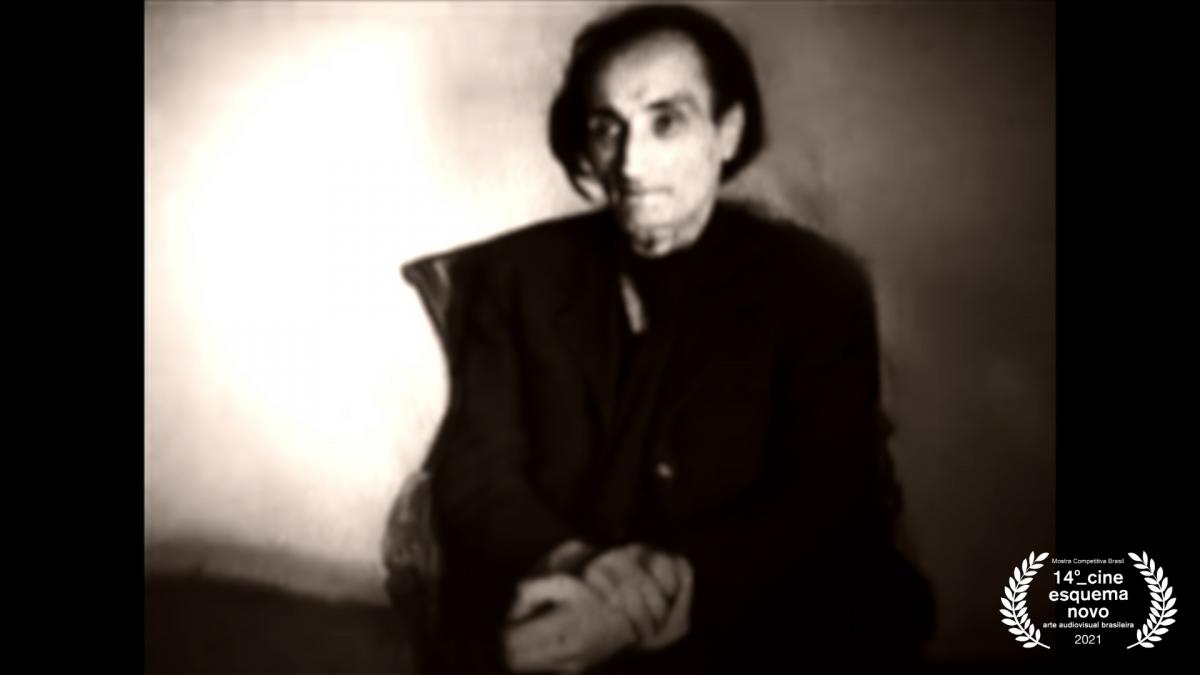 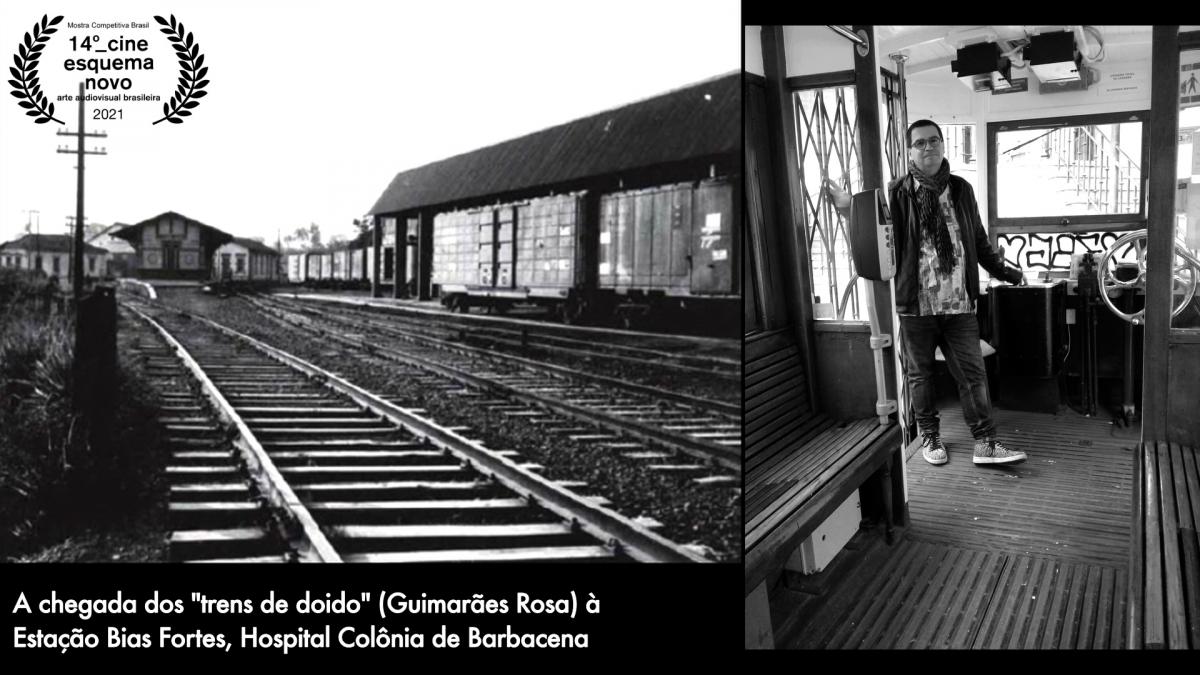 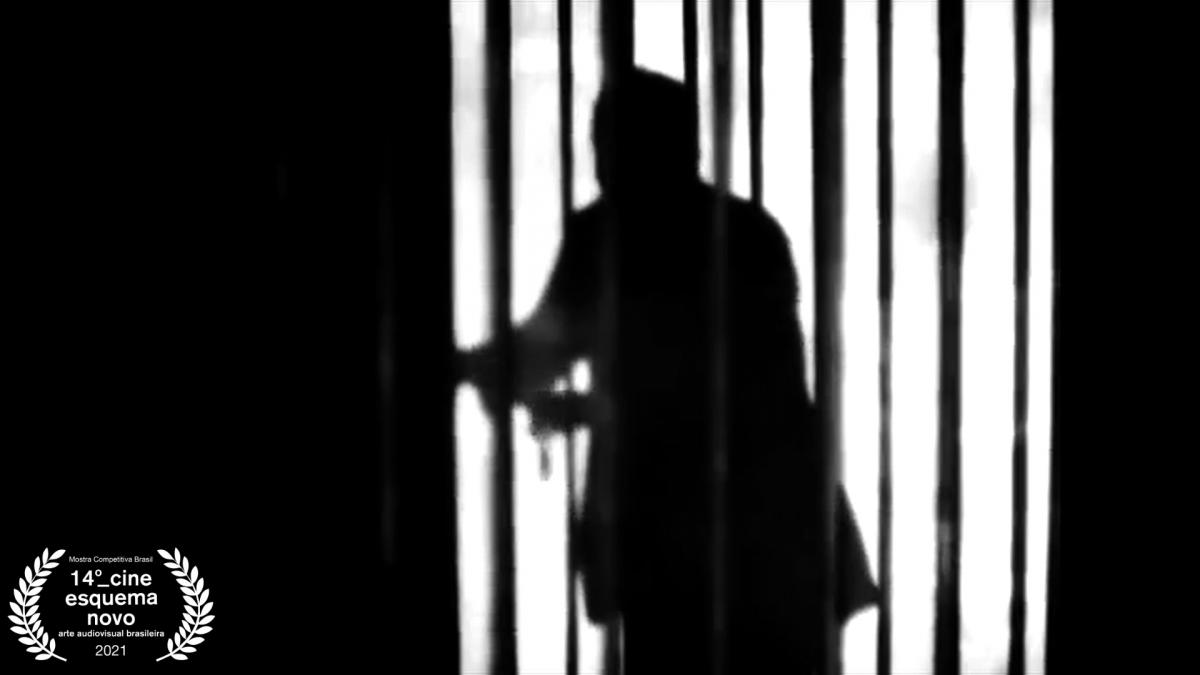 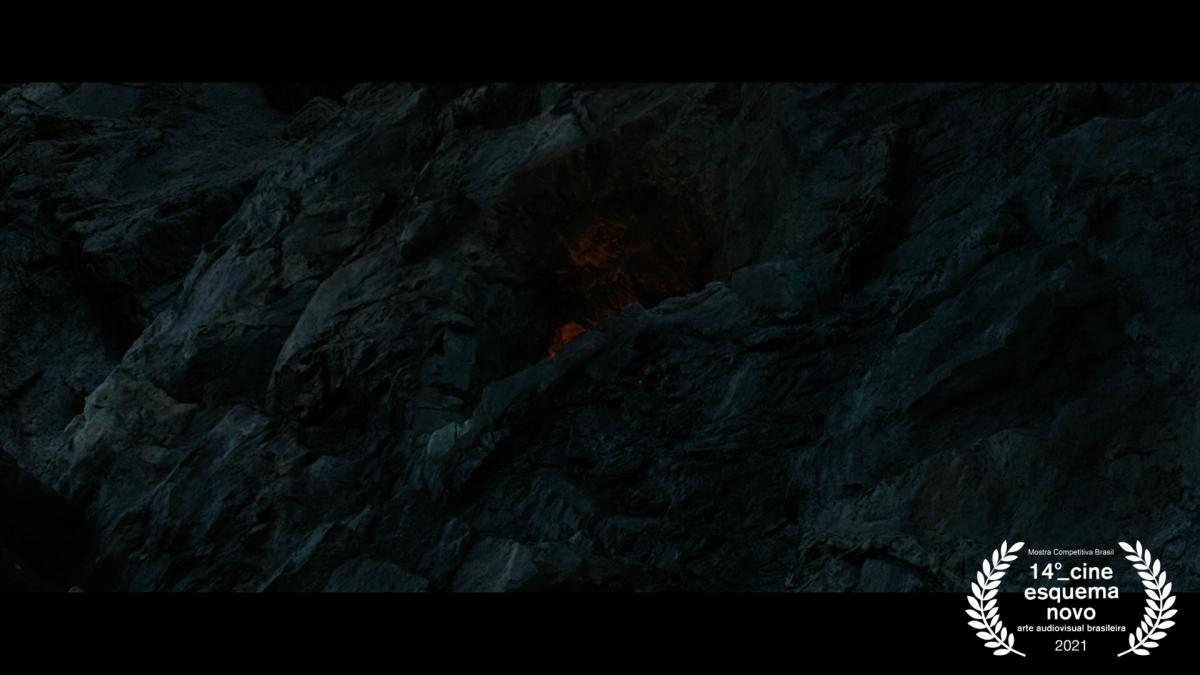 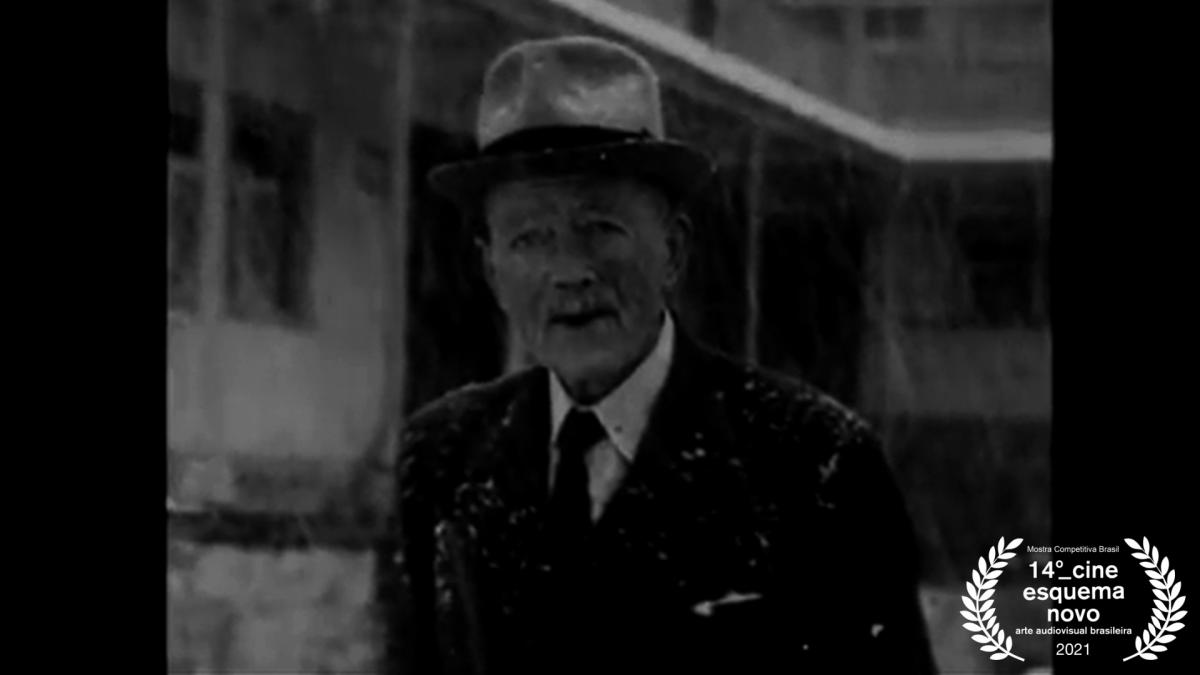 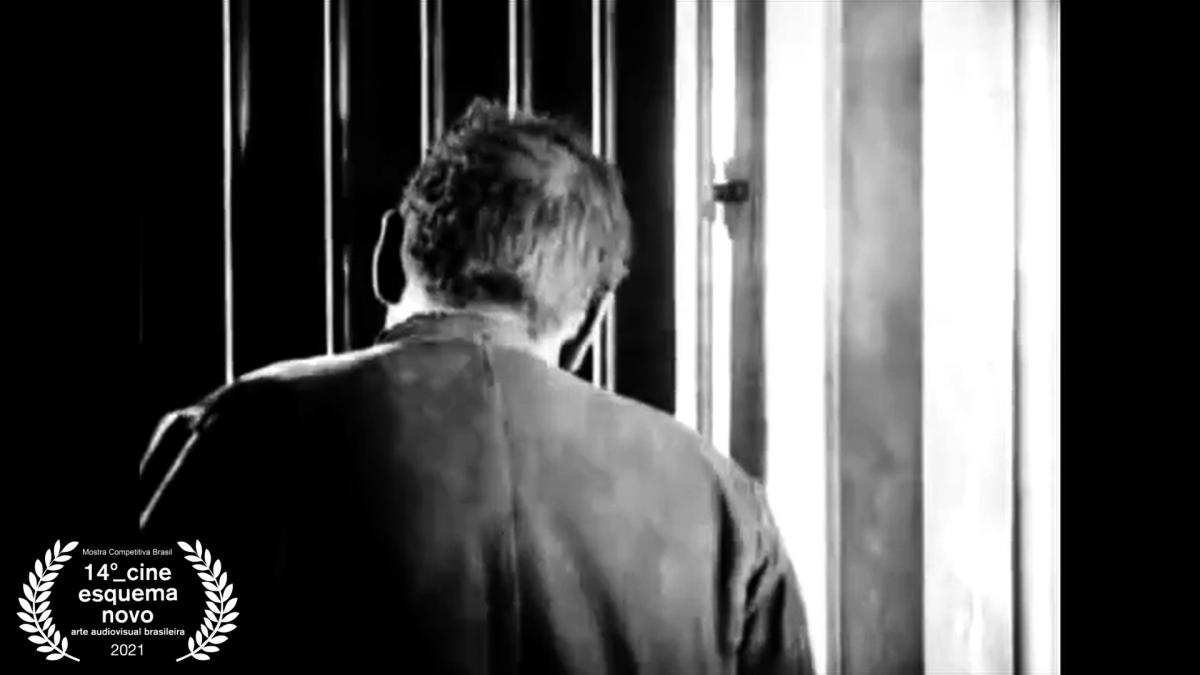 For me, it is somewhat difficult to try to tell how this film came about. It would be a contradiction to try to explain the process of something (re)created under the sign of the Freudian “disturbing“ (unheimlich), the very condition of ”disturbing strangeness" hinders the task (perhaps more solicitous to psychoanalytic analysis). After all, mystery (not only in the things of art, but especially in the things of life) is mister.

Initially I realized the similarities, in terms of episodic interplay, between two films produced in an interval of almost half a century and in the span of different genres and modes of production. Other references occurred to me, such as Artaud and Walser.

During the editing, a verse from a poem called “Música” by Charles Baudelaire (a verse whose rhyme works in both French and Portuguese) came back to my memory (my Gradiva?) with astonishing pertinence and propriety, formulating a definition of what I felt about the film: “mirror of my despair.”

“For the past three decades, the Brazilian master Carlos Adriano has been exploring  his national cinema’s roots on film, together with his relationship to the cinematic  medium as a whole. In the process, he has become one of the world’s great  contemporary practitioners of found-footage filmmaking, as he intermingles sounds  and images from popular culture with fragments of his own life story in creative,  surprising, and consistently moving ways. We are fortunate to have this magnificent  artist’s continually growing output with us, and to watch its trajectory unfold.”

"One of the most original Brazilian directors, Carlos Adriano won the contest of National shorts of the festival 'É Tudo Verdade' with SEM TÍTULO #5: A Rotina Terá seu Enquanto. As is customary with 'found footage‘ films, which appropriates and re-signifies archive film images, he follows his self-biographical series revisiting Yasujiro Ozu's’ "An Autumn Afternoon" (1962). Its Mondrian-esque refinement, as is surely noted by the jury, is one of the highlights of exactly three decades of exuberant cinema."

"The work reveals a filmmaker more deeply involved with the language he has chosen than any other in activity today of which I have knowledge. A filmmaker for filmmakers. But also a filmmaker for poets and artists. And therefore for all true lovers of cinema. His films are made for the viewer-artist, that is: they make the viewer - the one who actually watches these films - an artist. And they already make a difference in the critical perspective of our entire cinema."

"Carlos Adriano's films are not made only with the heart and mind, they above all cut into the very flesh of cinema to find its light, they live from body to body with the very matter of which cinema is made, resuming, from the most primitive tradition, its most sophisticated destiny. These films are not a possible interpretation of cinema; on the contrary, they want to be cinema itself, in a concrete way, its education by the stone of the image. It is the pure creation of an audiovisual universe alternative to the one we live in.”

READ MORE TESTIMONIALS ABOUT THE ARTIST

Cineastas do Real: A Carlos Adriano Interview - by Amir Labaki

I stay here, I have time,

I meditate here, I have time.

the day is dark, it has time,

more time than I want, time

for me to measure, a long time.

only one thing exceeds time,

it is longing: no time

is the same time as its time.

It is more decent to put our

ignorance in the mystery,

than wishing to mask it in explanations. 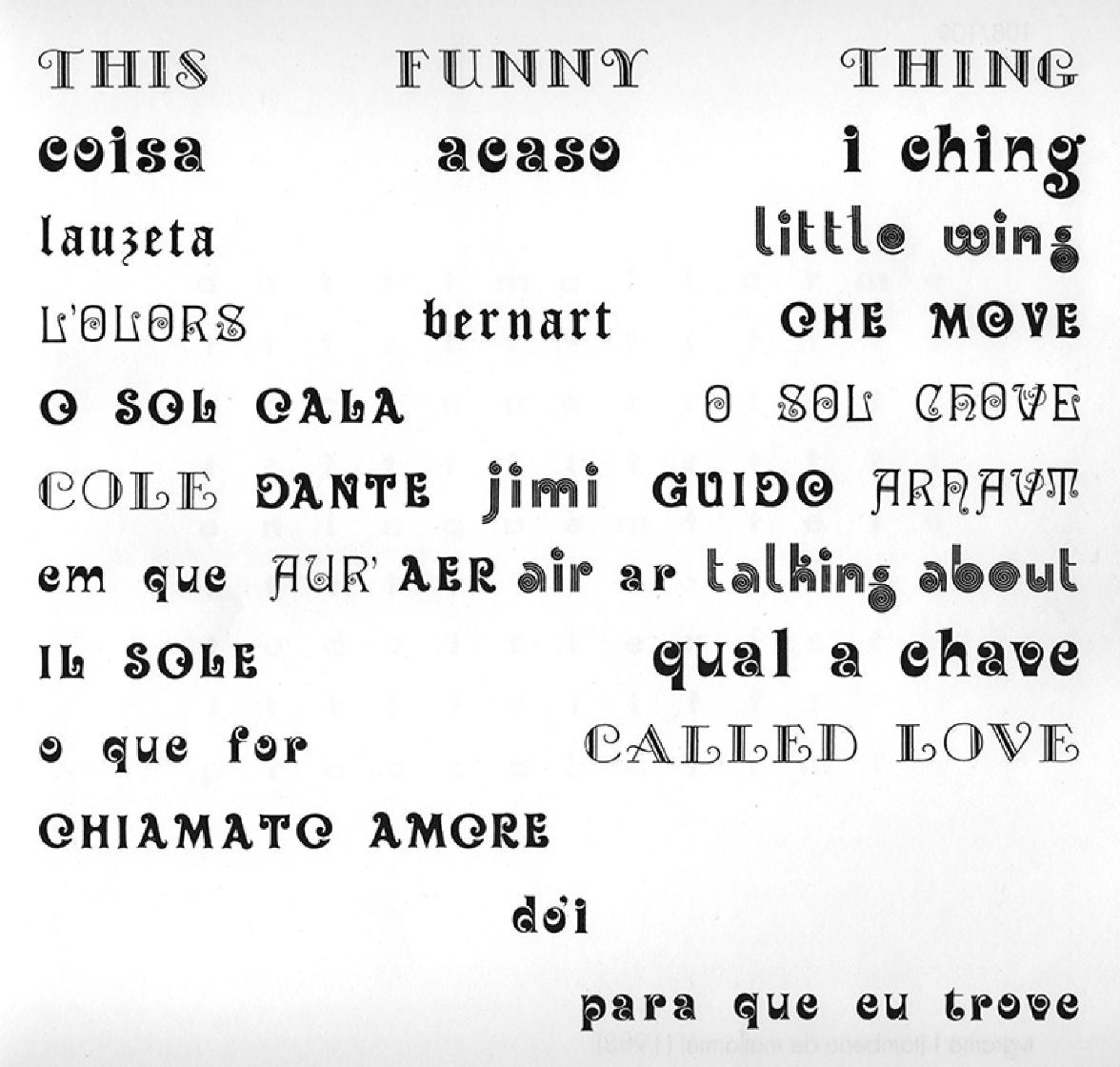 JUSTIFICATION: "Last Year at Marienbad" is one of the audiovisual works that most impacted me in 2020 and remains a central reference for the reappropriation of archives. The geniality of "found footage" in regards to the structural procedure and the relevance of the appropriation as to the matter of memory make the video a dazzling poem of found footage. I want to indicate another extraordinary work by the poet, translator and designer André Vallias: the poem "Augusto de Campos traduz", published in February 2021 on the 90th birthday of the poet, translator and essayist: a hypertext of feat and invention, of aesthetic and technical expertise – https://erratica.com.br/ac_traduz/. Augustos' ouevre was fundamental in my formative years and still is in my creation. The names of his books of poems – “Poetamenos”; “Expoemas”; “Despoesia”; “Não”) - are manifest from a position that, to some extent, guided my “cine-poems of refusal” (as Augusto wrote to me in dedicatories in his books).

JUSTIFICATION: This work has three different versions: video, video-installation and interactive installation. They are all made of found footage, with images of the characters in limit situations, such as: Thelonius Monk (“Straight no Chase”, Charlotte Zwerin, 1988) is about itself as if in a psychotic frenzy; Édipo (“Edipo Re”, Pier Paolo Pasolini, 1967) in the crossroad it turns and follows its path outside of the Oracle; Corisco (“Deus e o Diabo na Terra do Sol”, Glauber Rocha, 1964), before it falls dead to the ground, it spins with its arms opened; Dervixes (“Decasia”, Bill Morrison, 2002)

Sinopsis: Starting from the most essential of all questions, "What is the meaning of life?", Homem comum / Common Man traces an unexpected relationship between the life of an unknown Paraná citizen and Carl Dreyer's masterpiece, A Palavra / "The Word", considered one of the 25 best films of all time. Could there be something in common between the last 20 years of the supposedly real life of a Brazilian trucker and the supposedly fictional two hours of a Danish film from the 50s?

Carlos Nader is one of my favorite filmmakers, at any time or latitude in the history of cinema. "Common Man" is one of those miracles that the human being performs when he distills the pain and joy of existing through art. Masterfully constructed in between the codes of documentary, essay, and found footage (between is the password to the abyss of the unknown), the film expresses our anxieties. One direct inquiry (interview with truckers) is about the strangeness of life. Other, articulated with subtlety and complexity about Dreyer's film – the intertextuality of re-filming and archive recycling – make up a haunting constellation around death and the (non) meaning of everything, reflecting the human condition.

In one scene, the director tells his real character, ”we both need this film to live." At the end of the masterpiece, the viewer, ecstatic and stunned, can say the same.

This is the utopia of all art – what we need in order to thank and endure life.